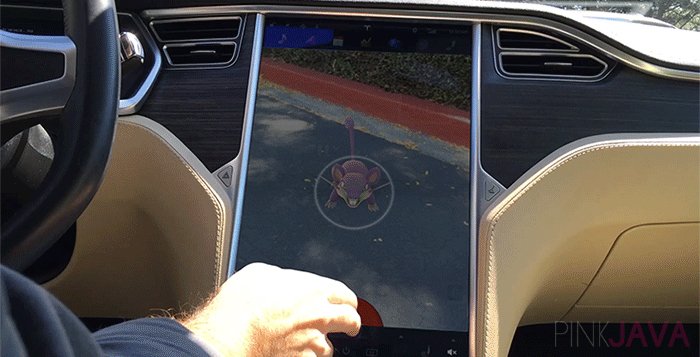 The amount of money I’d pay for a peek inside the mind of Elon Musk is embarrassing. But can you blame me? The billionaire entrepreneur and CEO of SpaceX and Tesla is easily one of the most interesting—not to mention provocative public figures of our time.

Over the past few weeks Musk has doubled-down on his unpredictable behavior. In a series of slightly-unhinged tweets the billionaire philanthropist playboy claimed he was selling all his physical possessions in preparation for life on Mars, declared Tesla stock prices were “too high“, and compared himself to Deus Ex Machina protagonist, JC Denton; which, by the way, isn’t going so well. More importantly he’s also been downplaying the seriousness of the COVID-19 pandemic, all the while supplying custom ventilators to hospitals free-of-charge. Confusing? Yes. Boring? Definitely not.

Yesterday, Musk’s tweets took a lighter turn when the Tesla CEO reached out to the community in search of a potential AR game for his line of self-driving vehicles:

“Anyone think they can get a good multiplayer Minecraft working on Teslas? Or maybe create a game that interacts virtually with reality like Pokémon Go while driving safely? Like a complex version of Pac-man or Mario Kart?”

What’s most interesting about this request is that Musk appears to be suggesting an AR experience that can be played while the vehicle is in motion, most likely in conjunction with Tesla’s self-driving capabilities. Many Twitter users were quick to point out the obvious risks that come from taking the drivers attention away from the road, even with autopilot activated.

Others were more skeptical of the request altogether, believing it to be a thinly-veiled attempt at buying back some good after his Tesla tweet caused stock prices to plummet.

Whatever the case, it’ll be interesting to see how the community responds to his request. Musk’s tweet has already attracted the attention of various industry professionals, including Nils Wollny, CEO and founder of in-car VR entertainment company Holoride, as well as Minecraft developer Nathan Adams aka “Dinnerbone”.