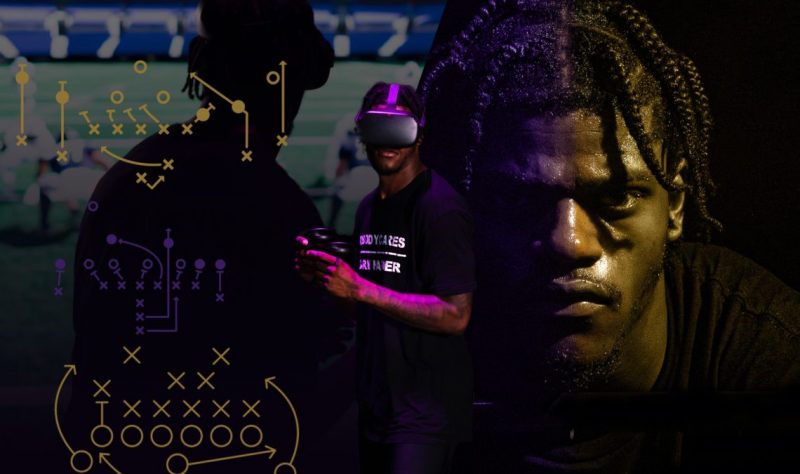 “The Lamar Jackson Experience” will include an at-home VR experience, arcade games, and a live activation.

For professional athletes, their image is their brand. Often times the endorsements they make and products they sponsor can be just as important as what they do on the field, perhaps even more so. So when the 2019 NFL MVP decides that the first official endorsement deal of his career will be a suit of custom VR products and activations, you tend to take notice.

Status Pro, a sports technology company specializing in VR and AR-powered coaching and training solutions, has previously worked alongside several NFL teams by helping players practice and prepare for games using their immersive platform. “The Lamar Jackson Experience” will use Status Pro technology to deliver a suit of first-person immersive experiences, including an at-home VR game, a live activation, and several arcade games. According to the company, the platform will be powered by player tracking data in order to create a variety of authentic game scenarios, allowing players to step into the cleats of their favorite pros. Jackson himself was supposedly heavily involved in the strategic planning and development, not to mention its promotion.

“Like most people from my generation I am a huge gamer, and the first time I demo’d the Status Pro experience I was blown away by how realistic and fun it was,” said Jackson in an official release. “Ever since I was a kid, I always wanted to play in the NFL and now that I do, I am excited about sharing my experience with fans and especially kids through this VR gaming platform.”

“Our goal as a company has always been to create experiences powered by player’s data that brings fans as close as they’ve ever been to experiencing what it is like to play professional football,” added Troy Jones, Chief Executive Officer and Co-Founder of Status Pro. “We want to accomplish this by aligning ourselves with NFL players and combining their experiences with our platform. Thus, giving them ownership and creative freedom to ensure we bring the most realistic products to market. Lamar Jackson’s unprecedented journey and skill set makes him the perfect partner to assist us in launching this platform. We are excited about sharing his experience with fans worldwide.”

No word yet on an official release date or confirmed platforms, however based on the photo provided it appears as though at least one experience will feature support for the Oculus Quest.